My window to the Languedoc sun, lush mountains, medieval village and the wines. Each year, Saint-Guilhem-le-Désert (Hérault) receives 700,000 visitors, awestruck by its Romanesque Abbey.

Soon after reaching Dijon, it hit upon me that now I was on my own – it was for my FIRST solo trip on foreign soil. So, there was excitement as well as trepidation, especially the thought of driving an unfamiliar car on unknown roads. To add to the anxiety, I didn’t either speak or read the local language – French or Italian – so communication was going to be cumbersome.

My fears got the better of me the night I reached Dijon. It was a cold evening, when I was all by myself in a small restaurant enjoying my wine and pasta. A group of dubious looking men, who didn’t seem to belong to France, were also present at the tiny eatery.  Their constant stares, intermittent whisperings and growing company made me squirm in my seat. I started imagining the worst was about to happen to me, so I gobbled whatever was on my plate and left the place. As a preventive step, when I went to pay my bill, I pretended to be talking to someone on the phone and loudly announced, “I am just coming”. It was my way to convey that I wasn’t alone and shouldn’t be followed.

The further I was from the restaurant and closer to my hotel I felt safer and better. Next morning, much-relaxed, I checked out of my hotel post-breakfast to catch a train to Montpellier, capital of the Languedoc-Roussillon region.  By the time I had boarded my train à grand vitesse (TGV), a sense of adventure and enthusiasm engulfed me. While I enjoyed every second of the three-hour-long picturesque journey, I couldn’t wait for it to end in the anticipation of what lay ahead.

As I got off the train I saw a sea of people at Montpellier station, who perhaps had come to spend holidays at the idyllic beaches of southern France. The sight amped my mood further and I effortlessly braved out the endless steps, countless station floors and long stretch of walking with loads of luggage (Thanks to the cold chill of winter) to the AVIS car rental office. But it seemed there were other plans set for me. Instead of 3 o’clock I would get my car at 6.30 in the evening.

By the time I got my car – Renault manual gear – the sun had set, which was a cause of worry. Without over thinking about it, I stepped on the gas to make my way out of the busy streets of Montpellier towards the national highway. But my fears came back to haunt me. Because of the unfamiliar driving rules, roads and car, I kept driving around in circles. Shattered and scared, I hastily called my family to inform them I was lost.

A comforting talk with a loved one and some help later I was on track and on my way to my destination,St. GuilhemleDésertin the Hérault Gorge. What’s unique about this charming village is that it has retained it is medieval personality, thus is a part of Les Plus Beaux Villages de France (An independent association of the most beautiful villages of France). With regards to wines, unlike other regions Languedoc’s winemakers employ organic methods to grow grapes. Five per cent of France’s organic wines come from this southern region.

Coming back to my journey, the one-hour drive had run into many hours and was nothing short of a nightmare. The narrow road to my boutique hotel, Le Guilhaume d’Orange, was an uphill slope, so driving in the dark perturbed me. Alas at 10 pm my frightening episode ended. Despite fewer hotel staff around at night, I was served decent dinner for a good night’s sleep.

One of the most vivid memories from St. Guilhem is the serene mornings; I was woken-up by the bright Languedoc sun and opened my eyes to the view of lush mountains from the window of my room. The sight immediately calmed my nervous senses from the previous nights’ experiences and filled me renewed excitement in me. After a heavy breakfast and a 15-min drive I was at the famous family-owned Mas Daumas Gassac vineyards and winery, located in Aniane valley. The dense forest-like shrubby vegetation interspersed with wild and aromatic plants, organic farming and windy Mediterranean climate gives the wines a distinct taste.

Fortunately, the owners – Samuel Guibert and Gaël Guibert – showed me around the large parcels of wine growing lands that grew a variety of uncloned red and white grapes. After seeing the vineyards and getting view of valley, I proceeded to Gassac’s state-of-the-art winery and tasting room where I sipped, according to the Guibert brothers, some of the best Grand Cru of Languedoc region (You may want to put down the names here). While all the wines I tasted are a must-buy, I bought the fantastic Mas Daumas Gassac Rose Frizzante for family and friends back home.

Towards the end of a long day I felt enriched with knowledge about Languedoc region and its wines that I would never find in any books. And that’s why I think a real oenophile’s adroitness comes from interactions with winemakers, producers and visits to the vineyards and wineries, and not just sipping the ethereal spirit.

The next day I spent wandering around the old-fashioned village, hiking at the st. guilhem desert, grabbed lunch at a café under the umbrella tree in Liberty Square (Place de la Liberté), visited the UNESCO World Heritage siteAbbey of Gellone and other touristy things.

Later at night when I remembered the journey from Dijon to St. Guilhem, I was ironically glad that the worst was over and my solo trip would only be better further on. 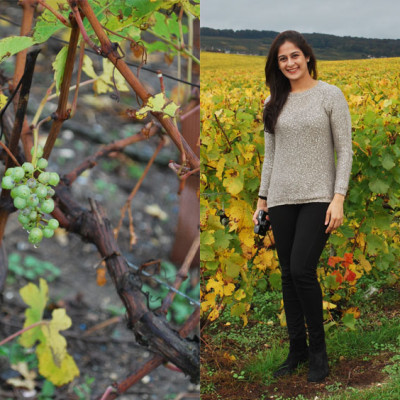 Conversations over Champagne in Damery 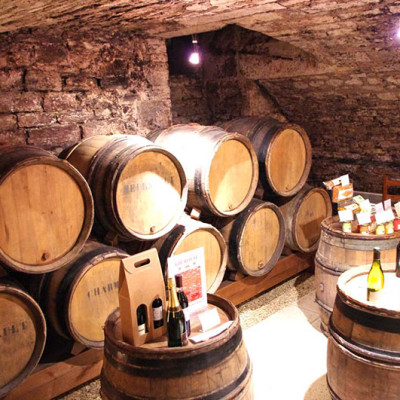